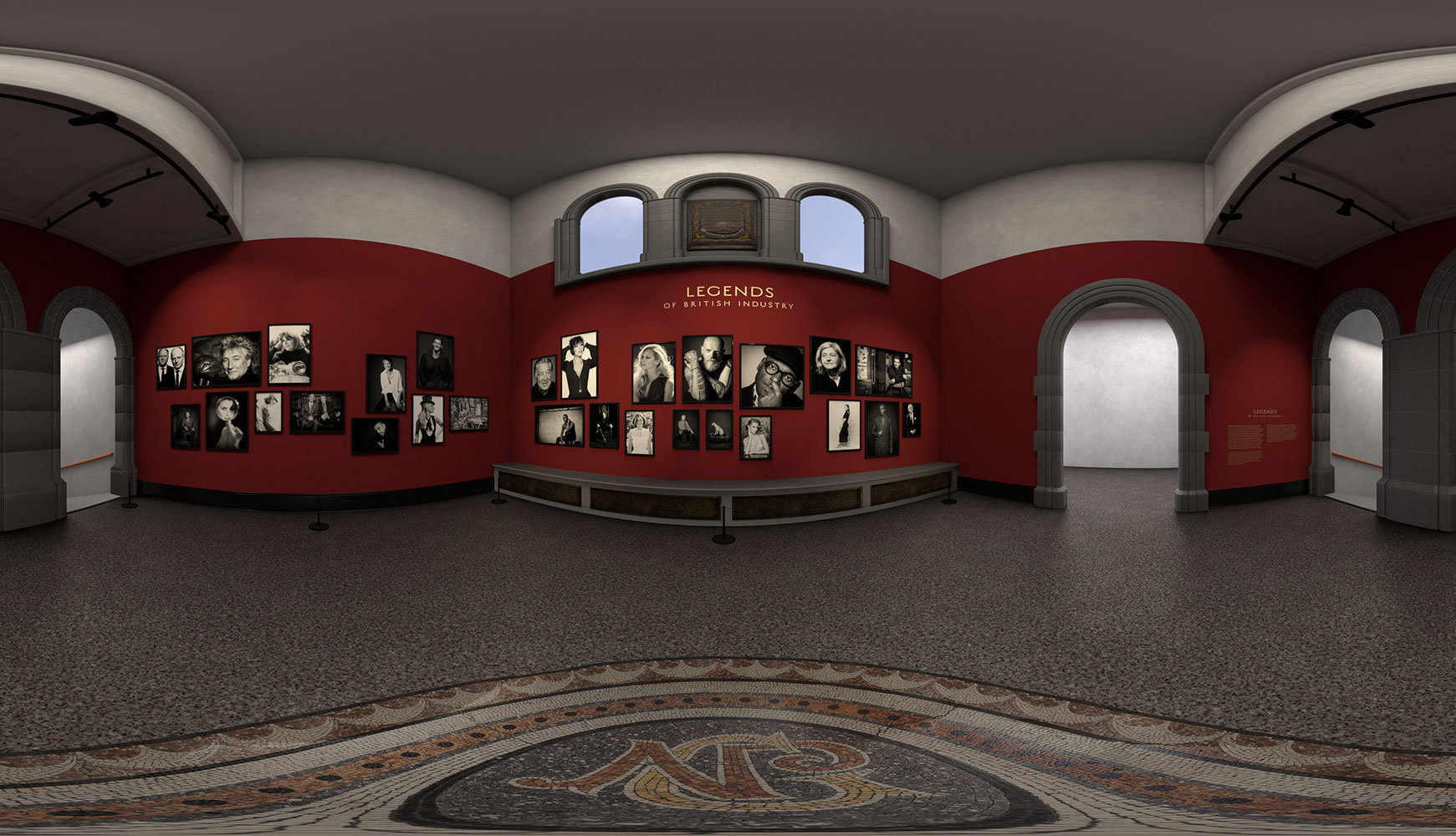 British photographer Zoë Law (b.1975) began a portrait project in 2017 to celebrate key individuals who have directly influenced her life and career. As the series evolved, it expanded to include more broadly inspirational figures from the worlds of fashion, finance, journalism and entertainment, whom Law ‘considered to be British legends – industry leaders, icons of the creative industries, sports stars and others’. Renowned figures of stage and screen feature alongside unsung heroes, such as voice coaches and charity leaders, each photographed in a setting conceived by the artist. A selection of these portraits are included in this display, and the complete set can be seen in the accompanying publication, Legends of British Industry.

Law began her career in the music industry, and worked as a make-up artist for magazines including Tatler and Vogue, before taking up portrait photography. She works exclusively in black and white, and her portraits of Theresa May MP and Julian Fellowes, Lord Fellowes of West Stafford, have recently been acquired for the National Portrait Gallery’s Collection.

This series is dedicated to Maggie’s, a charity providing free cancer support and information. Having lost family members to the disease, Law understands the vital work that Maggie’s undertakes to help people live well with cancer, and many of the sitters in Law’s portraits are passionate supporters of the organisation. Law previously collaborated with Maggie’s on the 2016 touring exhibition, Life, which featured portraits of people directly affected by cancer, representing their joy for life and resilience, during and beyond the illness.

We're taking you to YouTube, make sure you download the YouTube App to enjoy the Virtual Reality experience. You'll need your phone landscape-oriented and to adjust the video quality up to the maximum.

Click and drag to explore the 360 experience. Make sure you adjust the video quality up to the maximum.